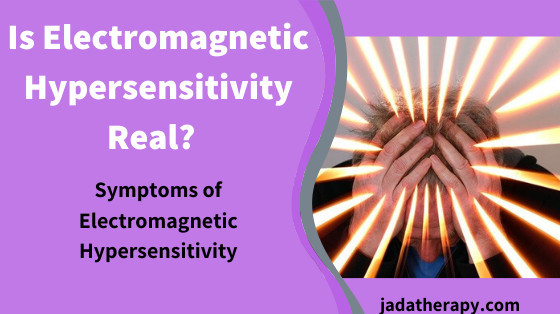 For some time now electro-sensitivity has become more of a health concern for many people, and it is believed that some people are more sensitive to electromagnetic fields than others.

People that have highly sensitive bodies and particularly those who suffer from allergies that are related to:

Are considered to be more sensitive to EMF.

Also those people that have a sensitive nervous system, cells that have abnormal bio-frequencies from being exposed to heavy metals as a child.

I will go into more details in this article about the reality of Electromagnetic Hypersensitivity and what you can do to reduce electro-sensitivity. 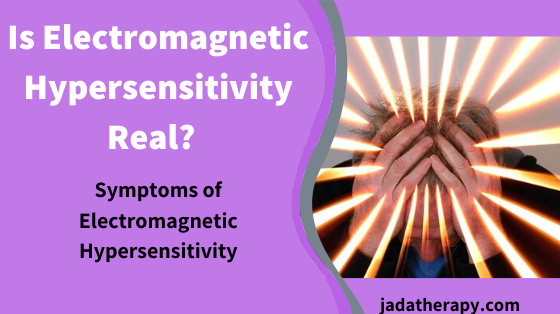 What Is EMF Hypersensitivity?

Electro-sensitivity, which is also known as Electromagnetic Hypersensitivity (EHS), is an occurrence where some people tend to experience symptoms that are associated with exposure to the electromagnetic stimulus of varying frequencies and strength such as radio frequency (RF) and microwave transmissions.

These symptoms can be diagnosed when the person’s symptoms decrease or disappear after all the EMF devices and or equipment sources are turned off and or when they are out of the range of electromagnetic field of electrical devices and or appliances.

This reminds me of a documentary I saw a few years ago, when a lady was displaying symptoms of headaches and dizziness and her medical adviser kept informing her that she was physically fine.

This went on for a while until she visited a friend who lived in the country and her symptoms disappeared until she returned back home.

Anyway after many months of trying to figure out what was going with her a friend told her that she maybe Electro-sensitivity. She then moved to the countryside where she displayed no symptoms, she also got rid of her mobile phone and any devices that caused her pain. (A little drastic but it worked for her) until they installed cell phone masts in the area she was living and this confirmed it that she was suffering from Electro-sensitivity.

Signs and Symptoms of EMF Hypersensitivity

There are many studies that have shown that some people tend to experience symptoms as a result of electromagnetic fields and radio frequency radiation that come from electrical devices such as: 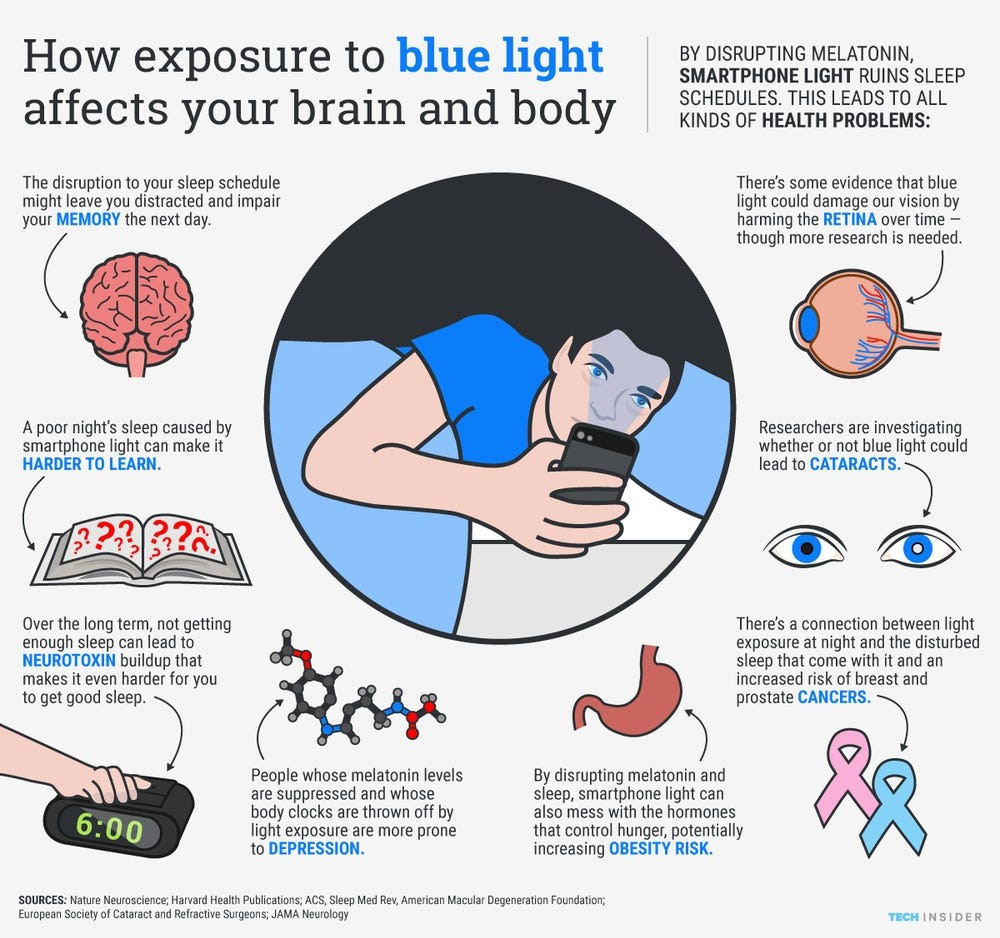 The Symptoms of hypersensitivity Include:

This is not just feeling tired it is abnormal tiredness that is a symptom of EMF sensitivity and in addition if you are affected, you are likely to suffer from excessive tiredness that never seems to go away , with the feeling of weakness, feeling dizzy or faint and this can be after you have had a good night’s sleep.

Not being able to sleep could be due to the high electrical fields that often come from the electrical wiring near your bed or from other electrical devices, like your mobile phone, laptop, tablet along with your Wi-Fi network.

The EMF radiation that is coming from all these devices and in particular those located in your bedroom can prevent you from having a good night’s sleep. Instead you are more than likely waking up constantly or feeling restless the whole night if you are hypersensitive.

Alzheimer’s and Dementia Disease are linked to exposure to power-line and can also contribute to memory loss and cognitive disorder. Many people are likely to have issues concentrating and even have trouble like recalling names.

People who suffer from ADHD and Autism are very likely to be more sensitive to electromagnetic fields due to a repressed cellular and metabolic processes.

People that are sensitive to electromagnetic radiation may also show signs of ADHD. 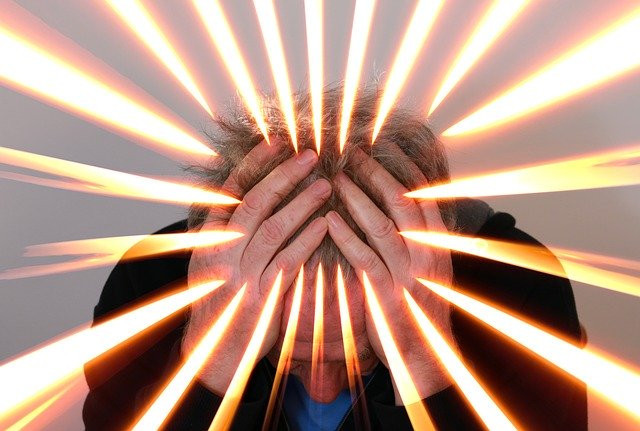 This goes back to the story of the lady that I mentioned earlier. Headaches and migraines are a popular symptom of those people that are sensitive to electromagnetic fields and this is normally connected to being overexposed.

Chest pains and Heart palpitations are also a common symptom in electro-sensitive people. There may even be a connection with people that are electro-sensitive, with strokes and heart attacks.

Cancer is also considered to be a symptom of electro-sensitivity and electromagnetic exposure. Cancer’s such as childhood leukaemia which has been linked to overexposure to power-lines, this is a discovery that was made in 1979.

Leukaemia that has developed during adulthood, as well as lymphoma, and also been connected to electromagnetic exposure.

Other cancers that are also believed to occur as a result to this sensitivity include:

And in addition to this energy that emit from cell phones has also been associated to brain tumours.

Studies have actually shown that there is significant relationship between tinnitus and electro-sensitivity. Many people that use their mobile phones close to their ear constantly have been known to suffer from tinnitus as a result of the energy that is emitted by the mobile phone.

Also, there is a connection with EMF sensitivity and people that suffer from earaches.

Electro-sensitive people are often but not in all cases to get skin reactions such as:

Often these skin problems will appear on the upper arm and on their face, with the exception of skin rash which can appear anywhere on the body.

Some people have reported that they can get a rash on their face after working with devices such as, smartphones, laptops, tablets, desktop computers or other electrical devices.

Many females that are sensitive to EMF are more likely to miscarriages.

There are high cases of infertility with people that are electro-sensitive. This condition is higher in men.

People working in restaurant kitchens that use electric ovens and this is a particular risk because most of these ovens are groin height and they will be in contact with the oven for hours at a time. These ovens are generating radiation directly into the genital area.

Restless let Syndrome also known has jumping leg that can often be noticed when a person is trying to sleep or trying to relax. This symptom may also be connected to electromagnetic hypersensitivity.

How To Reduce The Symptoms of Hypersensitivity

Here are some of the ways that you can reduce the symptoms of hypersensitivity, if you find that you are sensitive to EMF it is important that you attempt to seriously reduce and or get rid of it in your place of work and your home.

If you find that you are sensitive to electromagnetic fields (EMF), it is important that you firstly do your own research and that you use electromagnetic shields and filters to get rid of the pollution in your home and your place of work.

You can find out more about the health effect of electromagnetic fields here.

Unfortunately for most of us having electromagnetic fields is a way of life and it is all around us. Being aware of the items in your environment that are emitting an unhealthy level of EMF’s is the first step to protect yourself.

With a few simple changes to your lifestyle can and will go a long way in reducing your exposure.

To ensure that you are doing everything possible for yourself and your family in the form of protection you may want to invest in various EMF protections products for your home and your work environment.

I hope that the information above has answered this question. In short Yes electromagnetic Hypersensitivity is very real.

I really hope that you found Is Electromagnetic Hypersensitivity Real? helpful.